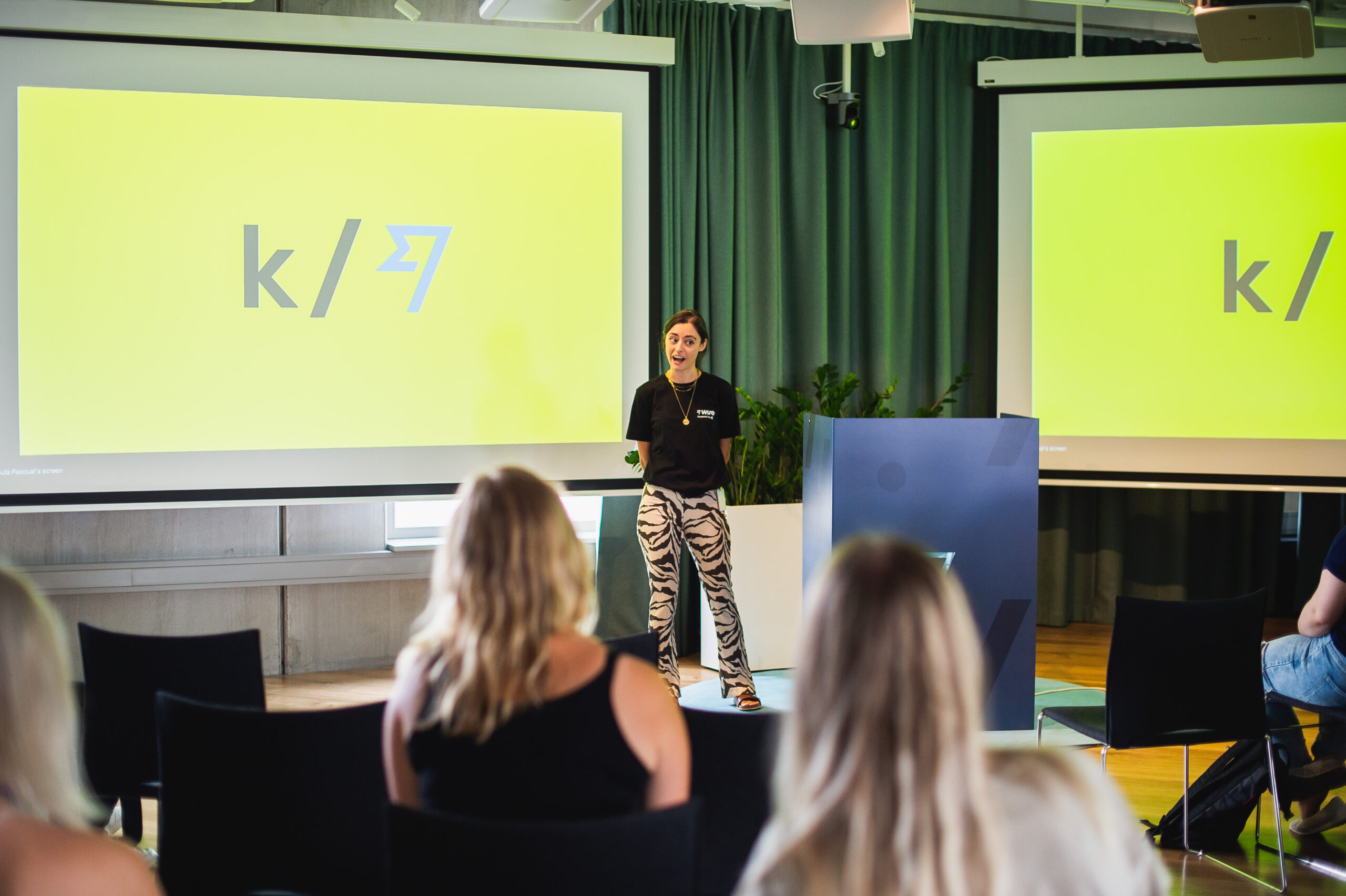 Not too long ago, 30 kood/Jõhvi students had the opportunity to spend a day at Wise’s biggest office in Tallinn, where 1,500 people work on building a new way to move money across borders. During the day they strolled around the office, interacted with employees, got snacks and drinks, but most importantly took part in a day-long bootcamp style workshop.

Students were divided into groups, each mentored by a Wiser, and started prototyping solutions for a real life problem – the current huge inflation and price rises.

Wise, formerly known as TransferWise, is a global technology company building the best way to move money around the world. With the Wise account people and businesses can hold over 50 currencies, move money between countries and spend abroad. Large companies and banks use Wise technology too; an entirely new cross-border payments network that will one day power money without borders for everyone, everywhere. However you use the platform, Wise is on a mission to make your life easier and save you money.

Co-founded by Kristo Käärmann and Taavet Hinrikus, Wise launched in 2011 under its original name TransferWise. It is one of the world’s fastest growing, profitable technology companies and is listed on the London Stock Exchange under the ticker, WISE. Today, Wise moves over €9 billion in cross-border transactions for its 13 million customers every month, saving them over €1 billion a year.

The day at Wise started at 9.00AM with morning coffee and a short intro to what the day will bring. Students got introduced to what Wise actually does, how it works and then got handed out their task.

Then the students were divided into 6 teams, all equipped with a mentor from Wise’s Engineering team. They gave out pointers and worked together with the students to come up with a working solution to the problem stated in the beginning of the day.

“I really liked the opportunity to visit Wise’s Tallinn office and meet all the awesome people that worked there. They planned a mini-hackathon for us, where the topic was inflation and rising costs,” said Kevin Leinfeld, one of the participants.

“Teams had to figure out a solution to save people money or a way to change their spending habits. Every team was also given a mentor that guided us through the challenge.”

Another kood/Jõhvi student, Mihkel Gering, emphasised how cool the solutions that students came up with were. “The projects we created were very different… Some of them tracked electricity prices online and tried to advise users when they should use electricity at home. One project helped people to save in a gamified way – basically they made a prototype of a game where you completed tasks through which you saved money.”

“We also heard stories from the mentors about their career paths. For example, our mentor started his IT career as a developer at Skype and now he works as a designer. It was very interesting to talk with experienced developers and see how they think.”

“We were also offered lunch, snacks and were shown around the office – overall it was a truly action packed day!”

Wise’s view on the workshop

Paula Pascual, Early Careers Recruiter at Wise, had this to say about the workshop: “Having the students from kood/Jõhvi join us for a day was truly marvellous. They were so full of energy and talent, and you could see that from their projects! They were able to brainstorm and deliver a solution in a very short amount of time.”

“It was very impressive to see how they collaborated among themselves to bring their ideas to life, and also their interest in Wise and in our mentors that day. From everybody at Wise I can say – we cannot wait to see you again soon!”

Read about different workshops and events with our partner companies from here!

Previous postAn ode to Estonian scrappiness and unity
Next postMeet the Sprinters! v3