kood/Jõhvi celebrated the opening of its new school building 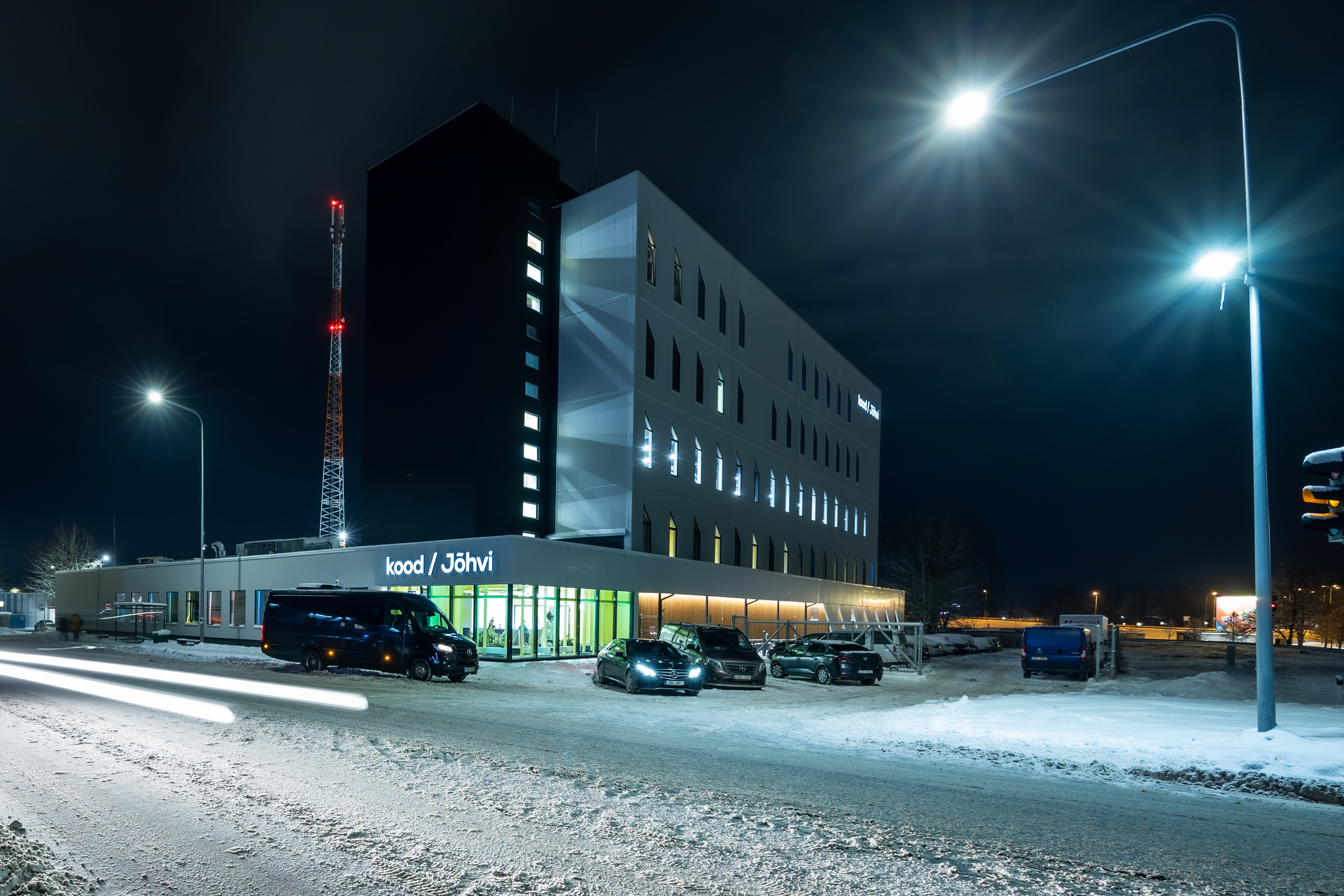 On November 30, kood/Jõhvi celebrated the start of its second batch with the opening of a new building in Jõhvi. The event was attended by students of the school, partners, and representatives of the state and local region.

“Kus viga näed laita, seal mine ja aita. kood/Jõhvi’s founders perceived a problem and took the reins into their own hands to train a new generation of IT specialists. They saw the potential of Ida-Viru County and made the most of it. Now the most modern and future-oriented community in Estonia is converging in Jõhvi,” said the Prime Minister of the Republic of Estonia, Kaja Kallas, in her speech at the opening ceremony.

“It’s the journey, not the destination, they say. Being a student of the first batch, I cannot express enough how eagerly we waited for the new school building to be completed,” said Jarmo Seljamaa from the 1st batch in his opening party speech. The new building in Jõhvi marks the start of a new era in kood/Jõhvi. Currently, kood/Jõhvi has 500 students whose backgrounds vary from bakers to managers. The average age of a student is 27, and the oldest student is 64. kood/Jõhvi is made special by bringing unique people together. Altogether kood/Jõhvi has people from 24 different nationalities, 30% of them are women and 70% are men.

“The first year of the school has shown that there is a lot of interest from both students and future employers, which is why we decided to accept 300 new students this year,” said Taavet Hinrikus, chairman of the kood/Jõhvi council. “During the first year, both the curriculum and the school have developed a lot, starting with the development of the study program and ending with the completion of a five-story school building in Jõhvi.”

According to Hinrikus, the goal of the school is to reduce the shortage of IT talents and promote the technological skills of Estonian people. “We think that kood/Jõhvi is the best way to make IT education available to everyone. To this end, the school also co-operates with other similar programs and specialists in the field and increases the number of students every year,” added Hinrikus.

Huge thanks to everyone involved in building up kood/Jõhvi

There are a lot of names, companies, and initiatives to thank for the success of kood/Jõhvi. Next to the kood/Jõhvi team, founders and students, we’d like to thank:

Some pictures from the building opening event

Here’s a photo gallery from the event! Photos by Erlend Štaub and Rene Lutterus.