“How a diver and a baker study coding?” part II 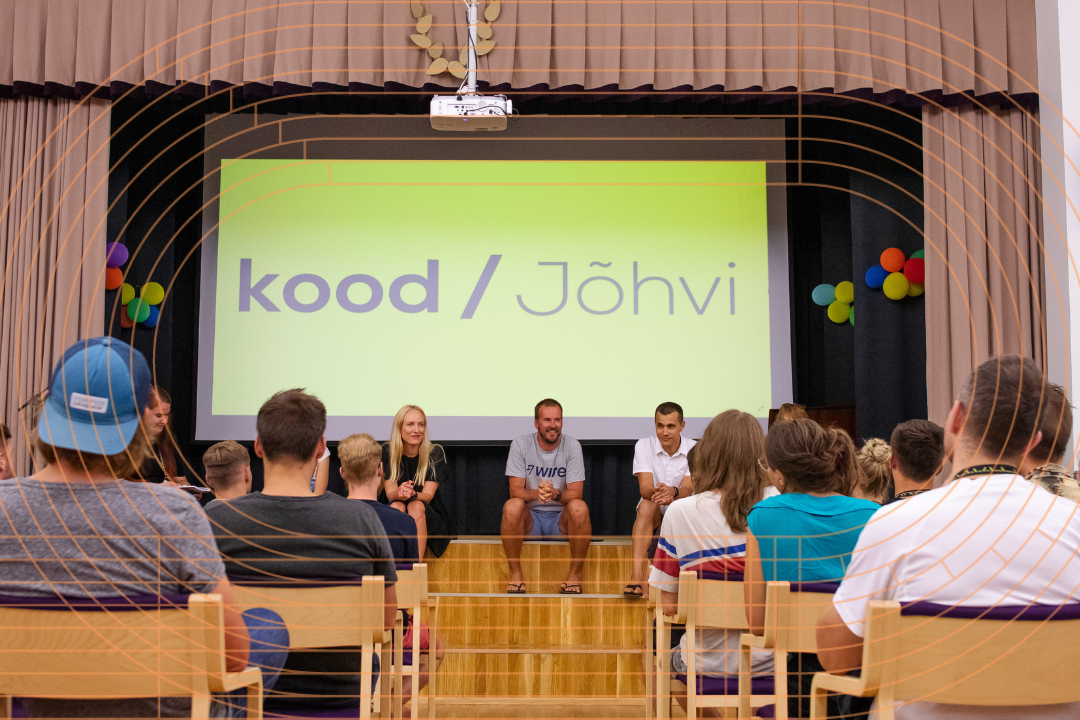 Comparing his university experience with the Sprint, Wesley, a 28-year-old with a bachelor’s degree in IT, brings out that there is more practice than theory here. “It’s a completely different style, which may not suit everyone. This kind of structure means that you get limited information and instructions. The problem with that is that those, who know how to look for help, will find it, but others, who lack experience, don’t have a mindset like that. It just needs to be learned.”

20-year-old Karel Vendla is surprised by how “incredibly difficult” the Sprint is to him because of his background of learning programming in Vocational School. “I expected more from myself,” he adds. “But now I enjoy the fact that it is difficult and the folks here inspire me to get things done. Everyone is attentive and helps each other out.”

During the first days of the Selection Sprint print we discover that Sillamäe’s (where we are during the 3-week test period) only nightclub is closed. But if we work together, we will come up with other activities: yoga, football tournaments, morning jogs at 6 am…

Life at Sillamäe is rather slow and there is more attention on nature. In Tallinn, I feel like there is no time to just sit around at the beach and look at the sunsets, but being here is like a breath of fresh air. “I am surprised by how quaint Sillamäe is,” says Markko Junolainen. “I went for a morning jog on the first day, and if it usually takes me around 40 minutes to finish then this time it took me an hour because I just had to stop and take pictures all the time.”

The founders came to visit 🎤

Taavet Hinrikus, the co-founder of Wise, tells the students how the concept of this school was born due to the lack of people in the IT sector. “Wise and many other companies need more talented people, because the start-up field grows 30 percent in a year. That is as big as agriculture, but the growth continues. There is a necessity for IT-people from universities as well as other programmes, like kood/Jõhvi.”

Hinrikus compares code to a language. “When we grew up, we studied the English language. We need it everywhere. When you finish this school, not every one of you will be a programmer, but you need to know programming languages for other positions too,” he explains.

A curious student from the crowd wants to know if the entrepreneurs gain a financial benefit from founding the school. Hinrikus claims that it is the opposite – it will cost about a million euros per year. According to him, that is why it is crucial to find a good business model for this school. This is also why partner companies pay a headhunting fee for hiring new IT talent from kood/Jõhvi.

“If we employ a person from the streets solely based on their degree, then we may not know what their abilities are. But in this school, everything that you do will be saved under your profile, and that will give employers a sense of your strengths. That is the best way to bring a student to the right position at a business,” he tells the audience, and specifies that that information will obviously be private, not to be accessed by just anyone. Permission from the student is needed for that.

One student complains that if he focuses only on studying then he will run out of money. As it turns out, there are actually scholarship opportunities for students who study on-site full-time. The scholarship is 150€ per month.

Mari-Liis Kitter emphasizes that the school wants local people, but definitely also foreigners. The latter would also have to consider that currently it is not possible for the school to provide them with a student visa, and only those who already have a living permit will be accepted.

“In the future we would like to get a certificate from the government that would be enough to get a student visa, but this can take many years. In any case, the goal is to have people all over the world study in our school. Of course they will not dominate the acceptance, but some percentage of foreign students will make the school better,” the Head of School Karin Künnapas confirmed.

Why Jõhvi, why not Tallinn or Tartu? 🏙️

“Bigger cities, like Tallinn and Tartu, get attention all the time. Why can’t another city be in focus now? In terms of distance, Jõhvi is only 2 hours away from Tallinn or Tartu.”

Hinrikus brought an example about how there was a common misperception going around when he was talking to investors to raise money for Wise – the only place to create a good startup is California. “An investor said to us that he would give us 10 million dollars, but the only condition is that we move to California. We refused to do that. Estonia is just so small that it really doesn’t matter if the school is in Jõhvi or in Tartu,” he claims.

The moment of truth after the Selection Sprint 💻

Hinrikus gives future students advice on how to be accepted. “You have to be curious to learn and to solve problems. Studying languages is the easiest part. The best programmers are not those who know the programming languages, but those who create them. We do not expect you to become super-programmers right away – what matters is how quickly you evolve,” says Hinrikus.

The scores of the students will be ranked and then a decision will be made. It is also important to see how many tasks the student completed, how well, and how they worked in a team. Sometimes the school’s staff would walk around from classroom to classroom and observe students at work. One might have a chance to be accepted into the school even if they did not do well in the exams but strived in other tasks.

The important thing to keep in mind is that it is not an actual sprint but more of a marathon. You need to get to the finish line.

Previous post“How a diver and a baker learn coding?” part I
Next post“But what is kood/?”