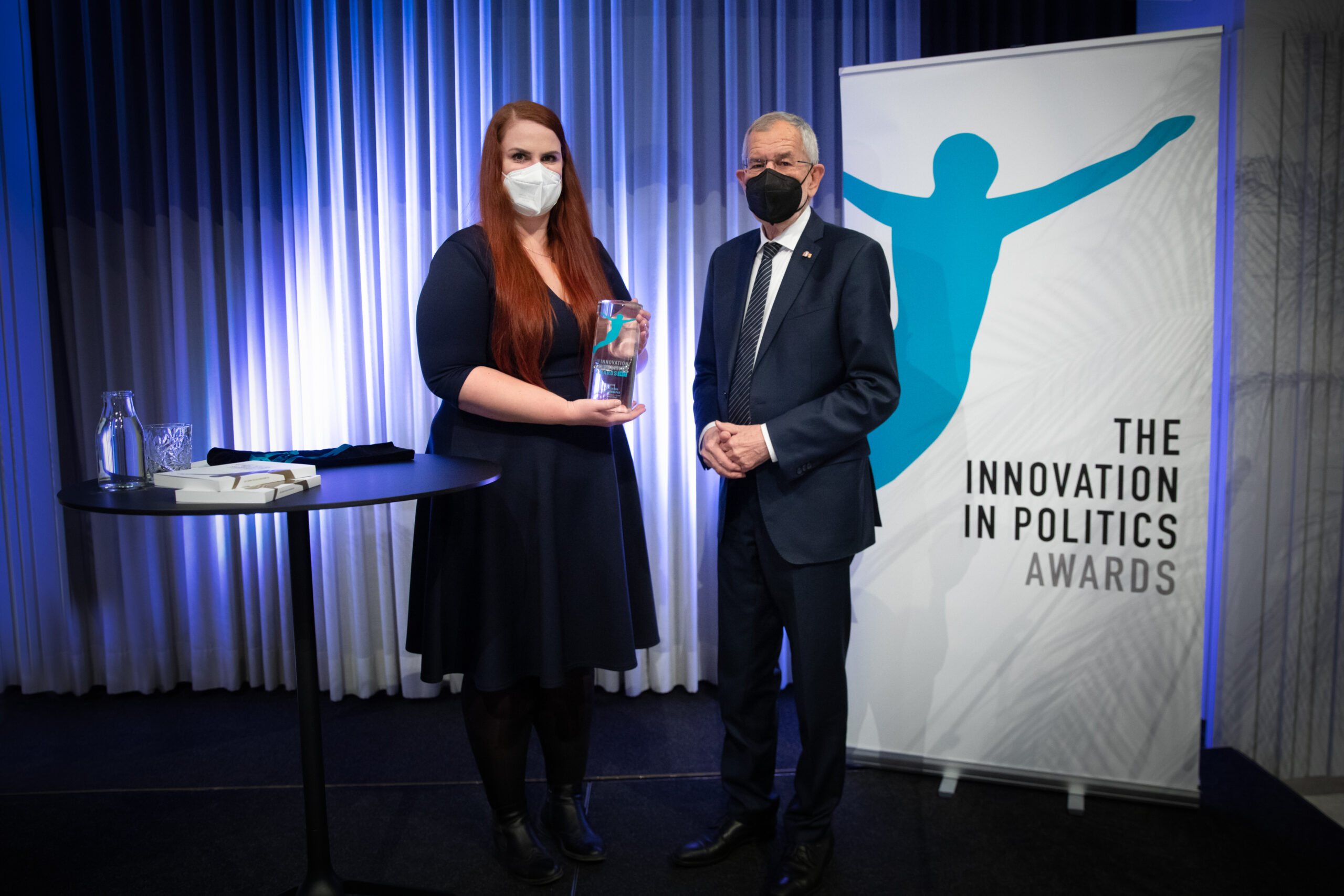 This year’s Innovation in Politics Award in the Education category has been won by a project from Estonia. The Head of School Karin Künnapas was presented the Award by the Austrian Federal President Alexander Van der Bellen. In his speech, Van der Bellen emphasized the importance of education and democracy – values which the Innovation in Politics Institute seeks to promote throughout Europe.

For the past five years, the Innovation in Politics Awards have been identifying innovative projects from throughout Europe which further the democratic cause, awarding the Innovation in Politics Award to the best project in each category. This year, the Awards ceremony will take place as a pan-European event in nine European cities, corresponding to the award’s nine categories.

Edward Strasser, CEO of the Innovation in Politics Institute:

“The finalists of this year’s Innovation in Politics Awards show that the education systems in Europe are undergoing fundamental changes, inspired by politicians who see the pandemic as a catalyst for digitalisation. Long-established ways of teaching are being replaced with online services and new content. The winning project from Estonia, which has been selected by the Europe-wide citizen’s jury, introduces a new concept to teach coding with self-learning tools, and can serve as a blue-print for others in Europe.”

Not only the rural north-east of Estonia has problems finding and retaining young workers, many regions in Europe are facing a similar situation. The idea of the school came from eight well-known and established Estonian entrepreneurs who decided to counteract this trend. Co-directors Karin Künnapas and Elle-Mari Pappel launched the kood/Jõhvi project with the support of the Estonian Minister of Education, as well as the local government and municipalities.

In conjunction with start-ups and traditional companies, a two-year curriculum has been developed that provides students with the necessary skills for a challenging and dynamic tech-job market.

The prize was presented to the winners by Federal President Alexander Van der Bellen, who famously has close ties to the education sector:

“One of the challenges we face today pertains to education. As a former university professor myself, I consider knowledge and information as the tickets to partaking in discussions and having a say in decisions. The work of those who generate innovations in this sector and try to improve the status quo is of utmost importance. Everyone has the right to a quality education, from primary to post-secondary level. This is why we all need to make continuous efforts in this matter – nationally and globally.”

“We are thrilled that the jury from European countries find our initiative worth recognising and hope that we can inspire other regions with it. Education is the most important commodity we can acquire – it lasts a lifetime and shapes so many aspects of our lives. Many thanks to the Innovation in Politics Institute for the initiative to give a stage to all these inspiring projects from all over Europe!”

About the Innovation in Politics Awards

The Innovation in Politics Awards recognise courageous and creative political projects in Europe. The aim of the competition is to identify the brightest minds in politics in Europe and present their solutions to other politicians across borders and party lines for inspiration. Over the past five years, citizens’ juries of 5,000 Europeans have selected 42 winners out of over 2,000 political projects. The Awards are run by the Innovation in Politics Institute in Vienna, Austria.

Previous post“Innovation in education – how?”
Next postEpisode 1 – “Building up kood/Jõhvi” with Marek Kiisa