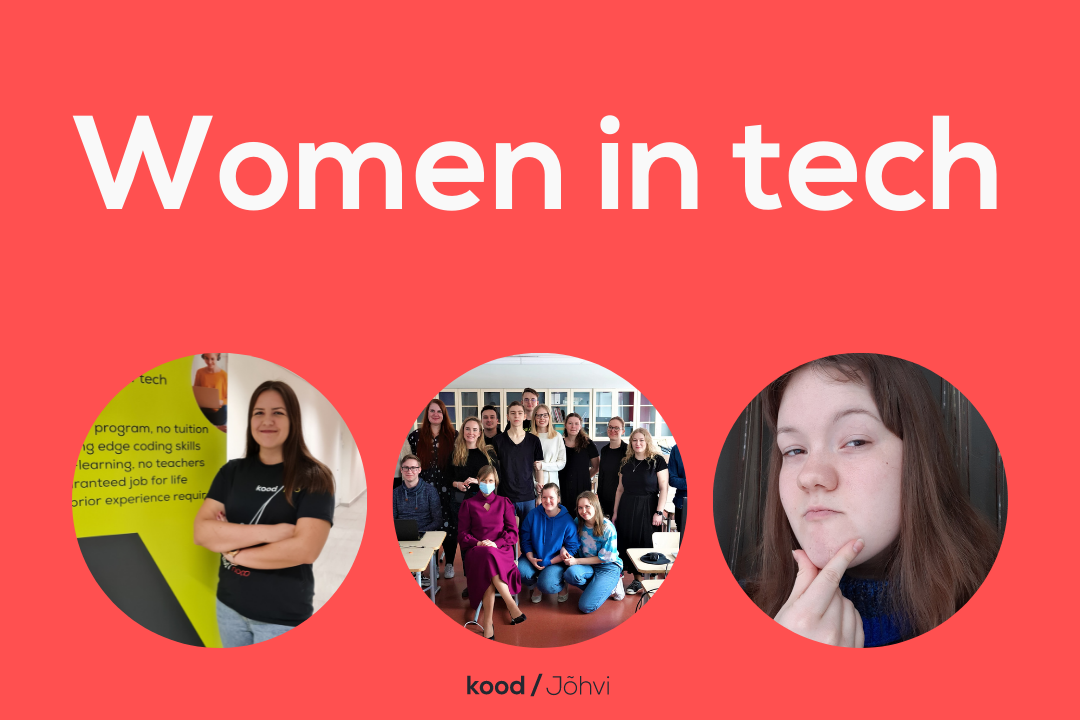 “I think there is nothing to worry about being a women and joining IT field! For me, I do not see or feel any negative or different behavior towards me or other womens in our school.”

“If I think about it then at the beginning of school I saw that people rather asked help from men and I saw some surprised faces when I told that I know how to help. But now everyone knows others skills and level so now there is no difference between men and woman.“

“I’m not gonna lie – I was prepared to be discriminated against before coming to kood/Jõhvi. It’s a known fact that statistically there are more men in the IT field than women. Thus, I do feel different and that feeling will stick, but I don’t view it as a bad thing.

During Kersti Kaljulaid’s latest visitation to our school, I asked the question: “What was it like to be the first female president?”

She smirked and said that the question itself shouldn’t include “female president” but just “president”. President, among other professions, shouldn’t be a gendered word. However, she also explained that she did understand the value of being the first female president, because we’ve still got a long way to go in terms of reaching equality among women and men in the labour force.”

“This is exactly how I feel. A lot of progress has been made, but there’s still a lot ahead.

I truly believe men and women can support each other in different ways and both have a lot to bring to the table. It’s just a matter of time, and a bit of collective relearning as a society, before the statistics change and we start seeing unicorns that are lead by women.”

“And to my pleasant surprise, when I joined kood/Jõhvi, I was rather viewed as a wise, confident person, one worth having around no matter my gender – just the way it should be :)”